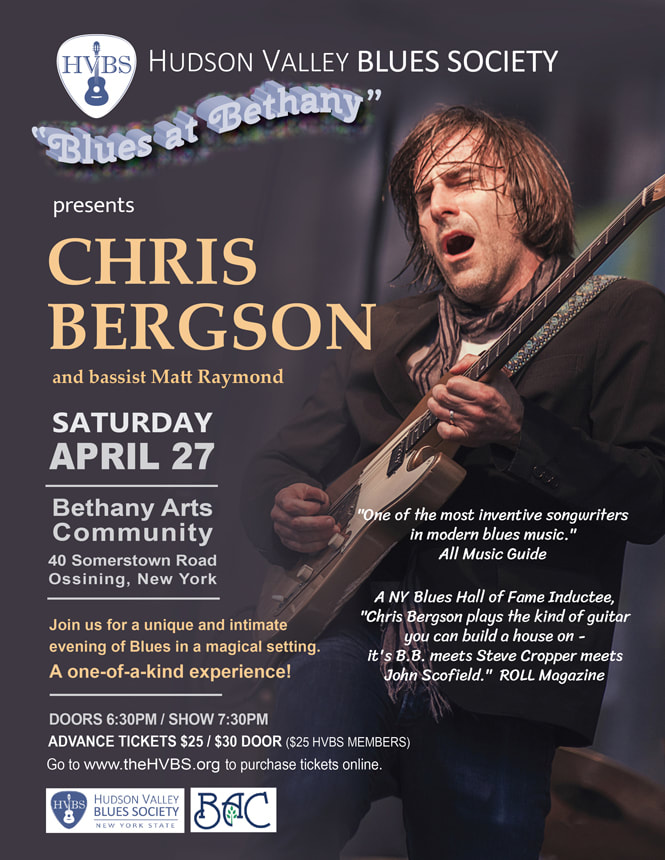 Bassist Matt Raymond has been a member of the New York and New Jersey Blues, Roots and Jazz music scene for over twenty years. He has performed with Levon Helm, Bettye LaVette, Hubert Sumlin, Paul Oscher, Bruce Katz, Jaimoe of the Allman Brothers, and Bob Margolin to name a few of the dozens of acts he has played with nationally and internationally. Most recently, Matt was a longstanding member of the Chris O'Leary Band. He is also the house bassist at Grammy nominated Dave Gross' Fat Rabbit studios.

"From blazing rock to funk to soul to Delta Blues and all that's in between."  Elmore Magazine

"Authentic but not stifled by tradition...Bergson is the classic triple threat."  Jambands

"As we've come to expect from Bergson, Bitter Midnight is full of tasty, intuitive guitar work and passionate vocals, but besides that, the album is also a triumph for his qualities as a composer. An absolute must for fans of blues, soul and southern rock."
Gitarist Magazine (Holland)

"Over the past decade, Chris Bergson has become one of the most interesting blues-inspired songwriters. He describes the streetscapes and nightscapes of city life, painting small, memorable pictures, a kind of Edward Hopper of the blues. Bergson doesn't do predictable, but there's a visible thread of blues awareness running through the fabric of everything he writes, sings and plays: he is a concise and subtle guitarist and tough, grainy singer."  The Blues Magazine (UK)
​